In a recent report, experts from the leading analytical agency Bloomberg indicated that Japan has all the prerequisites to become the world’s third largest gambling market. In their opinion, this industry is capable of annually replenishing the budget of the island state by tens of billions of dollars. 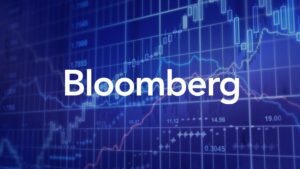 Bloomberg noted that Japan can compete with the two main world gambling capitals – Macau in Cathay and Las Vegas in the United States. However, in order to achieve such a market size, the “Rising Sun country” must issue several gambling licenses at once to giants of the gambling industry.

The department’s report indicates that in the case when large casino resorts will operate in a number of large Japanese prefectures, the annual profit from this activity may reach $ 11 billion. More there are only in the United States, where the considered sector of the economy generates about $ 12 billion.

Moreover, according to forecasts of analysts from Bloomberg, the demand for gambling in Japan could easily exceed the supply. The prospects for a detailed project back in 2005 were also assessed by the former President of America, Donald Trump. One of the richest people in the world intended to invest tens of billions of dollars in the construction of a modern air harbor and world-class casino resort on one of the Japanese islands. But this idea remained only on paper.

At the same time, the cost per tourist in Japan is much lower than in many other countries. This fact, according to experts, can make Japanese casinos more advantaged and competitive, which, due to more loyal prices, will be able to claim clients of Macau gambling establishments.

Earlier it became known that the Nagasaki authorities have chosen the Austrian operator Casinos Austria International to manage the local integrated casino resort. It will become the first in the country after the launch of the gambling legalization process in Japan in 2018. The facility is planned to be built on the territory of the Huis Ten Bosch theme park in the city of Sasebo. Its estimated cost is USD 4-5 billion.