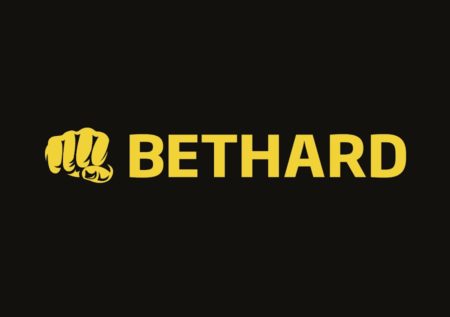 How to Bet on Baseball

For many, betting on baseball is an exotic activity. Indeed, to understand the game, you should study the basic rules and deal with the main terms. Is it possible to put on a sport that you do not understand?

Before betting on baseball, follow a few matches of the teams. As a last resort, at least read the reviews. Then proceed to the analysis of the event:

You can bet on the winner within the framework of:1st inning, match or tournament.

There is a stereotype that the winner of a baseball game cannot be predicted, but this is not so. In the 2017 season, in the MLB games, 60% of the matches were won by bookmakers. A large number of teams transfer their performance from season to season:

Over / Under Or Totals Bet

If in football the basic total is 2.5, then for two separate baseball games it can differ by 2 times (in MLB it is usually from 6.0 to 13.0). The total for a particular match depends primarily on the pitchers. Most bookmakers specify a specific pitcher at the time the line appears, and when it is unplanned, it gives a refund for all bets on the match.

The average total of MLB-2017 matches is 9.3 points. The Los Angeles Dodgers games turned out to be the most ineffective (the average total is 8.33 points per game), the Detroit fights (10.06) were the most spectacular and the highest.

Total is the number of points for 9 innings, although some bookmakers take into account additional innings, so it is important to familiarize yourself with the rules of the office.

In the extended baseball line you can find a market for the sequence of injuries (which team will earn the first and last point in the match).

Please note that on a straight line to the winner of the match that the first wounds will be performed by the guests (and the last by the hosts) the coefficient is always less. According to the rules of baseball, the hosts are the first to play defense (they finish the ninth inning in the attack).

This is one of the most common types of baseball bets. With the help of parlay bet you can increase your profit if you add other bets to one bet. In this case, all the odds will add up and you will end up with one big win.

But the truth in this has its drawbacks. If one bet from the parlay bet loses, then your entire total bet also loses. The simplest manifestation of this limitation is that you won’t be able to collect express from bets on the same match.

It’s clear that composing an express from the same bet that you have chosen twice or more will not work either.

Similarly, you will not be able to make an express out of bets on access to the playoffs of teams from the same group in the group tournament. You still cannot manage to collect express from the bets on the victory of the team in a separate match and on its way out into the next round of the competition.

The most popular type of bet is line betting, i.e. before the start of the match. In order to correctly use the line and achieve good results, the lines must be taken from many sources. To track them, you can go to baseball betting sites. There are a lot of them on the Internet today.

Consider several types of line movement – they will give you 50% of wins or more on bets with equal chances for a long-term game.

First of all, be in the know. Constantly monitor and analyze the latest news, learn all the baseball rules. Stop betting on favorites. Yes, public recognition creates an erroneous belief that the team will win, but even leaders often have black bars and misses. In addition, bookmakers always underestimate odds for favorites, and such bets rarely make a profit.

Handicap bets are especially careful. Often, players make bets on winning a favorite with a handicap, chasing a high bookmaker odds. However, the statistics of recent years are depressing: a little more than 20% of the grants receive victories, the difference of which is 1 point. Therefore, net bets will bring you more profit than with the handicap.

If you take all these factors into account when analyzing painless matches, then you can consistently make a profit from this.

Rules Of the Game

Inning is a period in a baseball game in which a team plays once in defense and attack. When three baseball players of the same team go out, the opponents switch roles. Each inning has 3 outs, a total of 6.

Usually a match consists of 9 innings. With an equal score after the end of the last period, additional innings are appointed until someone wins. There is no one in baseball, with the exception of some tournaments, for example, in Japan and South Korea. A pitcher is a player who throws a baseball, one of the most important baseball players in the team.

Better is an attacking batsman. A catcher is a defending player who receives the ball sent by the pitcher.

Runner is a base player. Ran is the point of the attacking team.

Home run – hit when a better runs through all the bases at once.

The goal of the game is to score more points (runs) than the opposing team. The point is counted when the player of the attacking team, alternately runs through all the bases.

As you already know, there are 2 leagues, 6 divisions and 5 teams participate in each division. It is between the teams within the same division and within the same league that the largest part of the games is held. And all 162 games are distributed for each team in this way: 76 games inside its division (19 games * 4 opposing teams in the division); 66 games within their league (6 or 7 games * 10 opposing teams in two other divisions of their league); 20 games against opposing teams from another league. Matches against teams of another league are called inter-league matches, as you can see there are not so many in the season (only 20 out of 162 for each team).

The American League is one of two MLB leagues. Unlike the National League, it has a special difference in the rules. This is the “Designated Slugger” rule, introduced in 1973 and effective only in AL. The designated batter (hitter) is one of the players on the team who does not play in the field, but which the team uses to exit to the bat instead of the pitcher.

Well, actually the champions of two leagues – the American and the National – are playing with each other the main series of the season – the World Series. She is played until 4 victories.

The main baseball league is the union of two formally independent leagues. At the same time, the National, as the older one, has the highest status in relation to the American.

The Central League – This is Japan’s equivalent to the National League in America. It features six teams such as the Chunichi Dragons, the Hiroshima Toyo Carp and the Yomiuri Giants. Having been founded in 1949, the league has grown in popularity year on year.

This league was created as an alternative to the American Baseball League. There are 6 teams participating in this league: the Chiba Lotte Marines, the Orix Buffaloes and the Tohoku Rakuten Golden Eagles. They play according to the rules of the American League and have the same tournament structure with access to the playoffs.

The Japanese series is a complete copy of the MLB. The bottom line is that the winners of The Pacific League and The Central League meet in the final meeting. The rules are exactly the same. Winners of their leagues play up to 4 wins in a series of 7 matches. The winner receives the title of champion of The Japan Series. This tournament has been held regularly since 1950.

This tournament is not very significant in the world of baseball. Its main goal is to arouse the interest of fans in this sport. It is made in the same way as the World Cup. There are teams all over the world. Here are held qualifying, group and playoff matches.