Greentube expands its presence in the CIS with Parimatch

Greentube, a manufacturer and supplier of online casino games that is part of the larger NOVOMATIC Interactive group, has expanded its presence in the lucrative CIS region through its recent partnership with Parimatch Tech, a leader in B2C services in the region.

After the successful integration, Parimatch and its numerous players now have access to such popular online slots from the provider as:

The deal also extends to a number of later releases, such as:

Slots from Greentube have already proven to be extremely popular among players in the CIS countries, including Belarus. The content provider for the online gambling industry entered the newly reorganized Ukrainian market earlier this month through a partnership with local brand First Casino.

The deal with Parimatch will allow Greentube to significantly expand its presence in the markets where the operator provides its services. 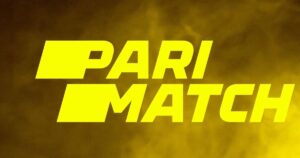 About Parimatch
Founded in 1994, Parimatch Tech, which was recently renamed Parimatch, has established itself as a leader in online gaming and sports betting. The well-known entertainment platform of the company currently operates in more than ten countries, including the CIS, and on four continents.

Its main office is located in Cyprus, and its development centers are located in Ukraine, Cyprus, Armenia and Belarus.

As mentioned above, Parimatch has a strong position in the CIS region and Greentube will benefit from its expansion in this part of the world. It should be noted that the gambling operator was the first to launch a legal online casino in Belarus in accordance with the country’s new gambling law.